As of May 19, we're $13,100 in the red for the quarter. Donate here to support this vital work.
Subscribe here to our free email list for two information-packed emails per week.

"We have done what we can to reveal the truth, and we now urge you as members of the media, and we call upon elected officials, and other persons of influence to do what they can to share the revelation of this case to the widest possible audience."
-- Coretta Scott King, King Family Press Conference, Dec. 9, 1999. 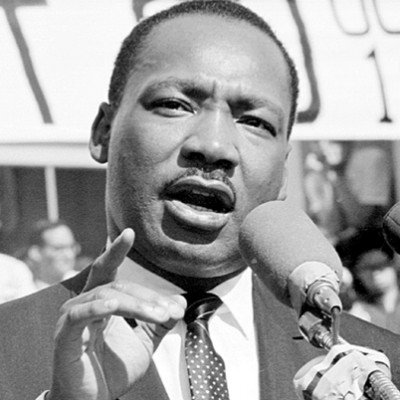 The following is a summary of documentation from the 1999 King Family civil trial in Memphis, in which a jury of six white and six black jurors took only one hour to find the U.S. government guilty for the assassination of Martin Luther King Jr.

The lack of coverage of this landmark trial and its astonishing verdict is a prime example of how crucial news is suppressed. The fact that you don't know about this trial, at which 70 witnesses testified over a period of nearly a month, is proof of a major cover-up by both the media and government.

For the best concise summary of this eye-opening trial, watch the six-minute video below of a Canadian public television broadcast on the deafening silence around this major event, and then read the facts of the case below.

Here's a list of just some of the overwhelming evidence of government complicity introduced in this trial and validated in the jury's guilty verdict:

The King family believes the government's motivation to assassinate Dr. King was to prevent his imminent effort to camp in and occupy Washington, D.C. until the Vietnam War was ended and the war's resources were redirected to end poverty and invest in US infrastructure. This is consistent with the belief of many top leaders that war is a racket which is used to line the pockets of the mega-corporations and bankers who support them. Read this essay by one of the most highly decorated generals in U.S. history laying it all out with incredible bluntness.

Dr. Martin Luther King's family and personal friend and attorney, William F. Pepper, was the lawyer representing the King family in this civil trial. The trial, titled King Family versus Jowers and Other Unknown Co-Conspirators, is the only trial ever conducted on the assassination of Dr. King. The King Center website fully documents the entire case with a full trial transcript. The U.S. government also denied the King family's requests for independent investigation of the assassination.

US corporate media did not cover the trial or interview the King family, and textbooks omit this information. Respected journalist and author James Douglass:

Though the New York Times did include mention of this trial in a revealing article, it was buried inside the paper and never received the front page headlines it deserved. A CNN report aired in 2008 raised further questions on King's assassination, but still amazingly little of all of this has been reported. A powerful two-page summary reveals the stories of many award-winning journalists who had huge stories like this harshly suppressed by top corporate media ownership.

To honor this great man who was silenced by forces which weren't ready for the kind of transformation Martin Luther King, Jr. advocated, read some of his most inspiring speeches and quote on this webpage. Great individuals like King, Gandhi, and JFK can be assassinated, but the spirit which revealed their greatness will never die. Each of us can carry this spirit forward within us as we courageously work to reveal truth and do our part in building a brighter future for all of us.

Important Note: This essay was based on an original article by my friend Carl Herman. Much of the essay is direct excerpts from Carl's article. To better understand how the media fails to report some of the most important news stories ever, read this two-page summary. And don't miss a concise, inspiring essay on how this happens and what we can do about it.