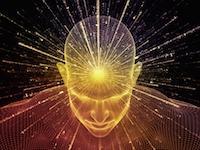 The term Manchurian Candidate derives from a 1959 novel by Richard Condon titled "The Manchurian Candidate." Condon portrays a platoon of American soldiers during the Korean War who are sent to Manchuria (Northeast China), where they captured, brainwashed, and given alter personalities programmed to assassinate key individuals and overthrow the US government.

As a result, the term Manchurian Candidate now signifies a person who has had their personality split into "alters" which commit murder or other acts without conscious knowledge of what they've done.

The CIA has declassified over 18,000 pages of documents on extensive mind control programs carried out since the early 1950s. These documents prove that the government developed a Manchurian Candidate program which was quite real. Through the Freedom of Information Act, you can order these documents in the form of three CDs directly from the US government for only $10. You can also find extensive excerpts on the creation of Manchurian Candidates from the most revealing of these documents with links for verification on this webpage.

Below is a sample of just two of these declassified documents and one scientific article depicting the Manchurian Candidate program. These excerpts are taken from the excellent mind control summary on this webpage. These documents and quotes show that the riveting book and film Manchurian Candidate are more fact than fiction. First, a declassified CIA document dated Jan. 7, 1953 describes the experimental creation of alter personalities in two 19-year-old girls:

"These subjects have clearly demonstrated that they can pass from a fully awake state to a deep hypnotic state by telephone, by receiving written matter, or by the use of code, signal, or words, and that control of those hypnotized can be passed from one individual to another without great difficulty. It has also been shown by experimentation with these girls that they can act as unwilling couriers for information purposes." (CIA Mori ID 190684)

An online copy of the declassified CIA document with the quote above is available here. A second document dated Feb. 10, 1954 describes an experiment on creating unsuspecting assassins:

To see an online copy of this second declassified CIA document with the quote above, see this webpage. In a 1971 Science Digest article, Dr. G.H. Estabrooks states:

"By the 1920's clinical hypnotists learned to split certain individuals into multiple personalities like Jeckyl-Hydes. During WWII, I worked this technique with a Marine lieutenant I'll call Jones. I split his personality into Jones A and Jones B. Jones A, once a 'normal' working Marine, became entirely different. He talked communist doctrine and meant it. He was welcomed enthusiastically by communist cells, and was deliberately given a dishonorable discharge. Jones B was the deeper personality, knew all the thoughts of Jones A, and was 'imprinted' to say nothing during conscious phases. All I had to do was hypnotize him, get in touch with Jones B, and I had a pipeline straight into the Communist camp." (Science Digest, April 1971, pp. 44-50)

Read the full article here. These are just three of the many disturbing experiments which reveal severe abuse of power on unsuspecting citizens for over 50 years now. To read excerpts from many other declassified documents proving the development of a sophisticated Manchurian Candidate program, see this webpage. These documents leave no doubt that the CIA developed the ability to secretly manipulate global politics and much more using Manchurian Candidates.

The 18,000 pages of released documents released are only the tip of the iceberg. The CIA still refuses to release many thousands of pages. And millions of pages of secret documents on the program were destroyed by order of CIA Director Richard Helms in 1973 when he was tipped off that there was going to be a Congressional investigation into the CIA's mind control activities.

For more on these and other eye-opening facts, see our two-page mind control summary. Or go straight to the 10-page summary filled with verifiable information. Both have dozens of footnotes listing reliable sources for verification, including links to the original declassified government documents. The History Channel also has a most excellent documentary on Manchurian Candidates, mind control, and more.

To understand why these facts aren't getting extensive media coverage, and for ideas on what we can do about it, go to www.WantToKnow.info. If these facts were reported in headline news where they belong, caring citizens would be astounded and demand to know more. This has not happened, which is why we feel compelled to provide them here.

The entire WantToKnow.info website is designed both to provide a concise, reliable introduction to incredibly important information that is being hidden from us, and to inspire us to work together for a better world. You can help to build a brighter future by educating yourself on these vital issues, and by forwarding this message to your friends and colleagues and asking them to do the same.

As we spread this news across the land, public pressure will eventually force the media to cover these critical topics. Then we will begin to see many positive changes to prevent these kinds of abuses from ever happening again. Thank you for caring. Together we can and will build a better world for ourselves and our children.