Break the Addiction to Blame 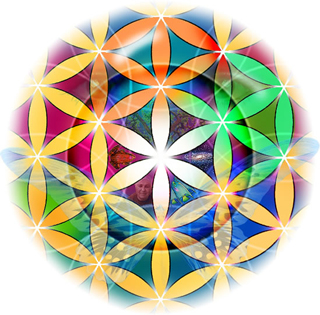 "Do you choose being right or being happy? I've had people come back months later and say, 'I hated you for asking me that question – but it changed my life.'"
~~  Professor and counselor Gay Hendricks

The below thought-provoking essay is the best I've seen for healing challenging relationships in our lives through breaking the addiction to blame. It can be applied to individual relationships with family and intimate partners, as well as to those with groups and organizations at the national and global levels.

If you are interested in living a richer, fuller life and having deeper connections with those around you, don't miss this profound essay. And for an excellent online lesson which dives deep into these issues, click here. Take care and have a meaningful day.

The Chemistry of Blame
By Gay Hendricks

There is a great fundamental issue that overrides many of the things we can do to heal ourselves and the world: the human tendency to step into feeling like a victim and blaming others, instead of taking personal responsibility.

It's not just a habit; it's an addiction, just like a chemical addiction. When you step into the victim position by pointing the finger of blame, you short the circuitry in yourself that allows you to feel the natural organic ecstasy of fully standing in a co-creative position with the universe itself. That's the fundamental developmental task we face at this stage of our evolution: opening up the wiring that allows us to feel organic ecstasy for longer and longer periods of time.

At present, most people can't sustain the feelings that arise with this opening, so they slip into a dangerous addiction to blame with its corresponding feeling of a gleeful gotcha! Once we're accustomed to a certain internal chemical state, we feel comfortable with that state even if it's attached to really dysfunctional behavior like that glee that arises from apportioning blame.

When we try new behavior and our neurochemistry changes, it feels uncomfortable at first. Moving to a new emotional and biochemical state may feel foreign. Even though it may be a healthier one, it is unfamiliar.

Usually in couples therapy, the first issue to be addressed is: Are you willing to make a commitment to solving the problem? One of the most typical responses is, "Well, I'd be committed if she were." It takes about an hour and a half of discussion to work through that objection, until at some point in the process, both people bond and turn on the leader.

I tell my students that those are the only moments during which you're earning your keep as a therapist. Both members of the couple turn to you and say, "Hey, what the hell are you suggesting here? Are you suggesting that it's not his fault?" That's always a sweaty moment, but it's the instant when transformation can come. Once you're through that issue, the possibility of getting out of the field of blame and actually taking responsibility opens up.

"Are you willing to stay completely away from blaming anyone, and instead make a sincere commitment to resolving all the issues we confront?" I've asked that question of thousands of people, many of whom had traveled great distances to visit to me, or were paying me very large sums of money.

Even with stakes that high, ninety-nine times out of a hundred, the person goes into the default position of blame immediately. Weaning people from that automatic behavior takes a great deal of patience and repetition, and a nimble set of therapeutic interventions.

The initial level of responsibility is going from blame to being willing to consider what you're getting out of – or contributing to – the problem. Senior level responsibility is being so impeccably clear that you become a space into which it's possible for other people to step.

You then have to confront a person's despair that the problem is not solvable, which is always accompanied by about fifteen levels of justification. But when both people have made a commitment to resolving the issue, 90% of the work is done. Both people have then stepped into a co-creative role with not only the other, but with the Universe itself.

A particular couple comes to mind. They came to work with my wife and me on their relationship. Both partners were Ph.D.s who had written brilliant scholarly papers, but when either of them encountered anything they perceived as a threat, their academic, intellectual understanding flew out the window, and they immediately became convinced that they knew that the other person was wrong.

The first thing that we did was to repeatedly ask them if they would be willing to take responsibility for healing, and to make a commitment to solving the issues. When confronted with the question, they would spin out and become more entrenched in the position that it was the other person's fault. They had endless justifications for this certainty, and thus continually dosed themselves with this highly addictive drug.

It took all of the first day and well into the night to produce a shift, but in the middle of the night, the husband couldn't sleep. His anxiety got worse and worse. In a state of desperation, he said, "Okay, I'm willing to commit to solving this problem." That created a space for the wife to commit to the same thing. The next morning, they came in willing to solve the problem.

In a nutshell, the problem was that she had had a sexual affair and he couldn't forgive her. They'd gone 'round and 'round with it for the better part of a year. On the second day of therapy, the reason he couldn't get over it became really clear.

One of the questions that I commonly ask people is, "Has anything like this ever happened to you or anyone you know?" At first the husband said, "No," but then, as we got deeper into the question, it turned out not only was the real answer, "Yes," but his entire early life had been shaped by his mother running off with another man and leaving his dad with four little boys to raise.

It was inevitable that his wife's infidelity, or something like it, was bound to happen to him, because he had it so thoroughly sealed off this early experience.

When we seal something off from our consciousness inside, it has to be brought to our attention in some way by the outside world. Suddenly, he realized that his wife was illuminating this old experience, and he said to her, "Oh, you played this role in my life for me." At the end of the second day they were in each other's arms.

She said, "This was inevitable. I had to play this role for you." And he responded, "Yes, this was my bad dream you wandered into." He asked her, "Can you forgive me, for getting you involved in this nutty scheme of my unconscious?" That couple represented one of the best examples I've ever seen of what's possible when both people take responsibility.

There are a lot of programmed-in and even biologically-based characteristics that make human males and females different. I'm interested in what's underneath that. The deeper you go inside, the more human beings look alike. The further you go toward the surface, the more different we look. The fear a woman feels when she's upset about the guy not picking up his socks corresponds to the fear the man feels when he's upset that she's on his case. The superficial differences point to some underlying unity.

To deal with these situations, we voice our fears, then look underneath them. As a therapist, I point out repeatedly, "Okay, having said that your husband is a worthless piece of shit, tune inside. Do you feel happier?" The person begins to recognize that although they feel that "glee-gotcha" feeling that comes from assigning blame, they don't feel happier.

So I help people make choices about whether something can make them feel happy, rather than just gleeful, by inviting them to make tiny choices that are actually huge choices. I say, "Do you choose being right or being happy?" I've had people come back months later and say, "I hated you for asking me that question – but it changed my life."

And here's the great advantage of asking this question: we each only have to make the choice once. That choice changes the whole playing field. Afterwards, it's simply a matter of practice. It's similar to getting on a bicycle for the first time. You travel ten feet, then wobble and fall over. You get back on and you master going twenty feet. The first time was the moment in which everything changed.

It's the same with mastering personal responsibility. Once a person shifts out of glee and experiences the real joy of claiming responsibility, everything is changed. They're launched into the process of learning. How do they remember that they're in that process and trigger that experience on a regular basis in everyday life? By discovering how great they feel when they do it, and how miserable they feel when they don't.

Twenty-five years ago Kathlyn and I knew we wanted to create something different with our marriage. We looked around to find other couples to model our behavior on, but we found nobody whose relationship we would have traded for our own. We had to make up our path ourselves.

It took a long time, but now it's been the better part of a decade since my wife or I have said one critical thing to each other. It's years since I've experienced blame, since I've had that chemistry in my body. I am past the point where I ever want that drug, because I feel good, and I don't want to bring myself down. We are living in that clear space of impeccable responsibility that offers the possibility for other people to step into it. We choose to be happy. It's easy now.


Note: Gay Hendricks is the author or co-author of 25 books in conscious relationship, conscious business, and body-mind transformation. Included are such enduring bestsellers as Conscious Loving and Conscious Living. Before founding his own institute, Gay was a professor of counseling at the University of Colorado.

Over the 24 years of their relationship, he and his wife Kathlyn have raised two children, accumulated a million frequent flyer miles and appeared on more than 500 radio and TV programs. See his empowering website at www.hendricks.com. The above is an edited excerpt from a compilation of essays in the book The Marriage of Sex & Spirit, edited by Geralyn Gendreau.

For an excellent, inspiring online lesson which dives deep into these issues, click here.