As of July 4, we're $6,500 in the red for the quarter. Donate here to support this vital work.
Subscribe here to our free email list for two information-packed emails per week.

Note: To find the top censored news stories of any year from 2003 to present, click here.

Published on Friday, January 1, 2010 by alternative news website CommonDreams.org
The Real Top 10 News Stories of the Past Decade
by Robert Freeman 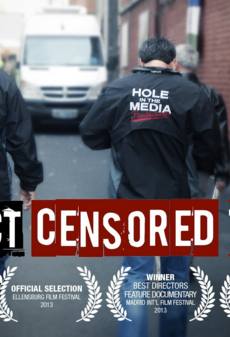 The media are awash with talking heads bloviating about the top stories of the last decade. The wired-in society. The growth of organic food. The new frugality. This is the ritual that reveals their true function in the culture: pacification. It's their way of signaling the masses that Bigger Thinkers are looking after things, so go back to your Wii or Survivor or Facebook reveries.

The amazing thing is how little is ever mentioned about the stories that really mattered, those that affected the very nature of our society, its institutions, and the relation of the people to their state and society. Those stories paint a picture of danger, of a people who have lost control of their government and the corporations that own it. But you'll hear nary a word about such difficult truths from any storyteller in the conventional media.

So here, in no particular order, are my Top Ten Stories of the Naughties, the ones that really matter.

History paints decades with broad brushes – the Roaring Twenties, The Depression, World War II. Historians will look back on the Naughts as the time when Americans Lost Their Country. It was the decade when all the institutions that they believed would protect them – the media, the courts, Congress, the market, a messianic new president – in fact betrayed them. It will forever more be a different country.