Black and White Coming Together

"I am a 45 year old white woman living in the south, and today was the first time I spoke frankly about racism with a black man." ~~  from facebook post that went viral 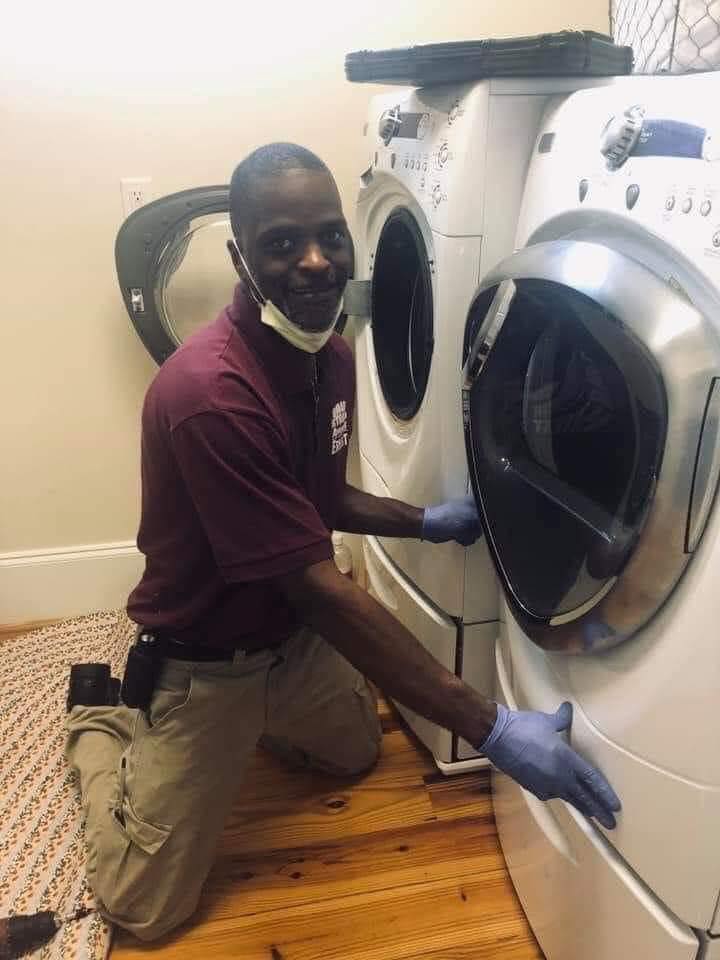 This message is particularly for white subscribers and supporters of PEERS, though people of color may also appreciate it. If you think you know what it's like to be black in this world, I challenge you to read the profound and transformational post below. I am so grateful I did. This heart-opening essay was copied from Caroline Crockett Brock's facebook page posted May 30th.

I am a 45 year old white woman living in the south, and today was the first time I spoke frankly about racism with a black man.

When Ernest, my appliance repairman, came to the front door, I welcomed him in. As this was his second visit and we’d established a friendly rapport, I asked him how he was feeling in the current national climate.

Naturally, he assumed I was talking about the coronavirus, because what white person actually addresses racism head on, in person, in their own home? When Ernest realized I wanted to know about his experience with racism, he began answering my questions.

What’s it like for you on a day-to-day basis as a black man? Do cops ever give you any trouble?

The answers were illuminating.

Ernest, a middle-aged, friendly, successful business owner, gets pulled over in Myrtle Beach at least 6 times a year. He doesn’t get pulled over for traffic violations, but on the suspicion of him being a suspect in one crime or another.

Mind you, he is in uniform, driving in a work van clearly marked with his business on the side. They ask him about the boxes in his car – parts and pieces of appliances. They ask to see his invoices and ask him why there is money and checks in his invoice clipboard. They ask if he’s selling drugs. These cops get angry if he asks for a badge number or pushes back in any way. Every time he is the one who has to explain himself, although they have no real cause to question him.

Ernest used to help folks out after dark with emergencies. Not anymore. He does not work past dinnertime, not because he doesn’t need the business, but because it isn’t safe for him to be out after dark. He says “There’s nothing out there in the world for me past dark”.

Let me say that again. Ernest, a middle aged black man in uniform cannot work past dark in Myrtle Beach in 2020 because it’s not safe for him. He did not say this with any kind of agenda. It was a quiet, matter of fact truth.

A truth that needs to be heard.

When I asked Ernest what ethnic terms he gets offended at, he said that the most offensive term people use is ‘boy’.

Ernest has a bachelors in electronics and an associates in HVAC [Heating, Ventilation and Air Conditioning]. He is not a ‘boy’, and the term ‘boy’ in the south implies inferiority in station and status. He came to Myrtle Beach and got a job at Hobart. The supervisor repeatedly used the term ‘boy’. Ernest complained. After several complaints Ernest was fired.

Ernest says most white people are a little scared of him, and he’s often put in a position where he has to prove himself, as though he’s not qualified to repair appliances.

After getting a job for 2 years at Sears appliance, Ernest started his own company, one he’s been running for several years. He is the best repairman we’ve had, and has taught me about washer dryers and how to maintain them myself, even helping me with another washer/dryer set and a dishwasher without charging me. I highly recommend his company, Grand Strand Appliance.

Ernest doesn’t have hope that racism will change, no matter who the president is. His dad taught him “It’s a white man’s world”, and he’s done his best to live within it.

When I asked him what I could do, he said, “everyone needs to pray and realize we’re all just one country and one people”.

I am a 45 year old white woman living in the south. I can begin healing our country by talking frankly with African Americans in my world – by LISTENING to their lived experience and speaking up. I can help by actively promoting black owned businesses. That’s what I can do today.

Let’s start by listening and lifting up. It’s that simple.
#listenandlift

Edit: I asked Ernest if I could take his picture and post our conversation on facebook. He thought it was a great idea. As he left my house an hour later, he looked me in the eye and said, "If you ever march, or have a meeting on this topic, or want to change things in Myrtle Beach, I'll stand with you."
What a great idea. Let's begin standing together.

Edit: 1pm EST on 6/1. Ernest just called me and we had one of the sweetest moments, both laughing and crying about the response to this post. He started the conversation by saying, "Caroline, I don't know if I should kill you or kiss you – my phone is ringing off the hook!"

He doesn't have a FB profile, so he's coming over later so I can help him set one up. He's been absolutely overwhelmed, as have I, with the response. We're going to be sitting down together to read your comments. They mean so much. In addition, the Myrtle Beach city manager has contacted me and I'm getting all of us together to be sure this doesn't happen in our city any longer. THANK YOU WORLD.

Edit 6/2 9am. Just got off the phone with Ernest and the local news. They will be interviewing us today, and it will be on the local news in Myrtle beach tonight. I'll post it on my page later.

This is how we change our country. Normal folks. One town at a time. ❤️

Note: Learn about all of the wonderful things that have come of this heart-opening exchange on the facebook page of Caroline Crockett Brock. Her original post has received over 30,000 comments, 160,000 shares, and they have now been on national news together. And if you are ready to deepen your awareness on this topic, this long New York Times article does a fabulous job of presenting the history of black people in the US that few of us were ever taught. If you want to be truly educated on all that is going on, I most highly recommend this excellent article. This is how we change our world.