It's Never Too Late

"Susan pointed at the bruises on Sharron's wrists. "I'm familiar with 'problems' like these. Honey, it's never too late to become what you've dreamed of. Let me tell you how I know." 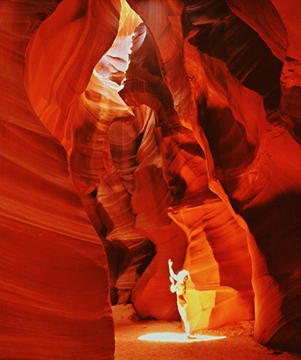 The below moving story from the inspirational Chicken Soup for the Soul series clearly shows that it's never too late. When we choose to pull ourselves out of the victim role, we can begin to powerfully create the life we dream of.

No matter where we find ourselves in life, let us all find ways to support and inspire each other in building the life and the world we envision. Take care and may we remember that it's never too late as we continually create the life we envision.

With very best wishes for a transformed world,
Fred Burks for PEERS and WantToKnow.info

It's Never Too Late
By Linda Apple

It was an unusually busy day for the hospital staff on the sixth floor. Ten new patients were admitted and Nurse Susan spent the morning and afternoon checking them in.

Her friend Sharron, an aide, prepared ten rooms for the patients and made sure they were comfortable. After they were finished she grabbed Sharron and said, "We deserve a break. Let's go eat."

Sitting across from each other in the noisy cafeteria, Susan noticed Sharron absently wiping the moisture off the outside of her glass with her thumbs. Her face reflected a weariness that came from more than just a busy day.

"You're pretty quiet. Are you tired, or is something wrong?" Susan asked.

Sharron hesitated. However, seeing the sincere concern in her friend's face, she confessed, "I can't do this the rest of my life, Susan. I have to find a higher-paying job to provide for my family. We barely get by. If it weren't for my parents keeping my kids, well, we wouldn't make it."

Susan noticed the bruises on Sharron's wrists peeking out from under her jacket.

"What about your husband?"

"Sharron, you're so good with patients, and you love working here. Why don't you go to school and become a nurse? There's financial help available, and I'm sure your parents would agree to keep the kids while you are in class."

"It's too late for me, Susan; I'm too old for school. I've always wanted to be a nurse, that's why I took this job as an aide; at least I get to care for patients."

"How old are you?" Susan asked.

Susan pointed at the bruises on Sharron's wrists. "I'm familiar with 'problems' like these. Honey, it's never too late to become what you've dreamed of. Let me tell you how I know."

Susan began sharing a part of her life few knew about. It was something she normally didn't talk about, only when it helped someone else.

"I first married when I was thirteen years old and in the eighth grade."

"My husband was twenty-two. I had no idea he was violently abusive. We were married six years and I had three sons. One night my husband beat me so savagely he knocked out all my front teeth. I grabbed the boys and left.

"At the divorce settlement, the judge gave our sons to my husband because I was only nineteen and he felt I couldn't provide for them. The shock of him taking my babies left me gasping for air. To make things worse, my ex took the boys and moved, cutting all contact I had with them.

"Just like the judge predicted, I struggled to make ends meet. I found work as a waitress, working for tips only. Many days my meals consisted of milk and crackers. The most difficult thing was the emptiness in my soul. I lived in a tiny one-room apartment and the loneliness would overwhelm me. I longed to play with my babies and hear them laugh."

She paused. Even after four decades, the memory was still painful. Sharron's eyes filled with tears as she reached out to comfort Susan. Now it didn't matter if the bruises showed.

Susan continued, "I soon discovered that waitresses with grim faces didn't get tips, so I hid behind a smiling mask and pressed on. I remarried and had a daughter. She became my reason for living, until she went to college.

"Then I was back where I started, not knowing what to do with myself - until the day my mother had surgery. I watched the nurses care for her and thought: I can do that. The problem was, I only had an eighth-grade education. Going back to high school seemed like a huge mountain to conquer. I decided to take small steps toward my goal. The first step was to get my GED. My daughter used to laugh at how our roles reversed. Now I was burning the midnight oil and asking her questions."

Susan paused and looked directly in Sharron's eyes. "I received my diploma when I was forty-six years old."

Tears streamed down Sharron's cheeks. Here was someone offering the key that might unlock the door in her dark life.

"The next step was to enroll in nursing school. For two long years I studied, cried and tried to quit. But my family wouldn't let me. I remember calling my daughter and yelling, 'Do you realize how many bones are in the human body, and I have to know them all! I can't do this, I'm forty-six years old!' But I did. Sharron, I can't tell you how wonderful it felt when I received my cap and pin."

Sharron's lunch was cold, and the ice had melted in her tea by the time Susan finished talking. Reaching across the table and taking Sharron's hands, Susan said, "You don't have to put up with abuse. Don't be a victim – take charge. You will be an excellent nurse. We will climb this mountain together."

Sharron wiped her mascara-stained face with her napkin. "I had no idea you suffered so much pain. You seem like someone who has always had it together."

"I guess I've developed an appreciation for the hardships of my life," Susan answered. "If I use them to help others, then I really haven't lost a thing. Sharron, promise me that you will go to school and become a nurse. Then help others by sharing your experiences."

Sharron promised. In a few years she became a registered nurse and worked alongside her friend until Susan retired. Sharron never forgot her colleague or the rest of her promise.

Now Sharron sits across the table taking the hands of those who are bruised in body and soul, telling them, "It's never too late. We will climb this mountain together."

This story is published in Chicken Soup for the Soul: Living Your Dreams

Note: For an inspiring two-page essay on transforming from victim to creator, click here. For a beautiful online lesson which inspires you to be a powerful creator in your life, click here.